Understanding the Flood and Water Damage in Windsor, Ontario

Chad Vanvari
Oct 11, 2016 Blog Comments Off on Understanding the Flood and Water Damage in Windsor, Ontario 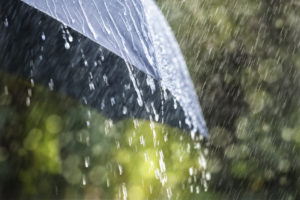 At the end of September, the City of Windsor experienced a massive rainfall of roughly 190 millimetres of rain (approximately 3 to 4 inches) in less than a day. As roads and basements throughout the city were flooded, the mayor was forced to declare a state of emergency. Flood Services Canada was among the remediation and flood clean-up services that were dispatched to help dry out numerous homes and basements and to save as much of homeowners’ property as possible. Although restoration work remains ongoing, it is possible now to look back on the flood, its causes, and see what homeowners can take away to protect themselves in the future as well as whom to contact if your flooded basement needs a clean-up or you are in need of water removal services.

What Caused the Windsor Flood?

As mentioned above, the city saw up to four inches of rainfall in certain areas within a very short span of time. Although Windsor has storm drains and a sewer system, this infrastructure has its limits. The level of rain met and exceeded those limits, leaving nowhere for the water to drain away. As rain continued to fall, it pooled on the streets and flowed into houses, resulting in impassible or spectacularly unsafe roads and flooded basements. As Windsor’s Mayor Drew Dilkens noted, his city saw “more water than any system in Canada would be able to handle”.

The total cost of the damage from the storm is still undetermined, but one estimate has roughly 1,700 homes being damaged by the flooding, which gives a sense of the scale involved.

When a city is faced with a situation like Windsor was, it is unavoidable that homeowners will be faced with flooded property. In order to make it through these events safely, certain preemptive measures can be taken to protect key pieces of property or to try and mitigate damage to your home.

Contact Flood Services Canada at (416) 302-2107 for more information about flood protection strategies, or use our emergency hotline at (416)-999-3930 to get our rapid-response teams deployed to your location.