How Climate Change Can Lead to Increased Flooding in Canada

Chad Vanvari
Jul 19, 2016 Blog Comments Off on How Climate Change Can Lead to Increased Flooding in Canada 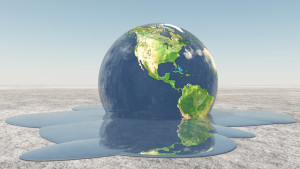 Climate Change Impact along the Coasts

Canada’s coastal regions are the most exposed to the impact of climate change in the form of more extreme weather events. For instance, in 2010, Newfoundland and Labrador faced a total of $51 million in damages wrought by the wind and water of Hurricane Igor. In 2014, New Brunswick saw $12.5 million in damages from tropical storm Arthur. From an insurance and property damage standpoint, these numbers are only going to continue rising. Canada’s parliamentary budget officer has predicted that, between now and 2020, damage from flooding due to sea levels rising and storm surges will cost roughly $4.92 billion each year.

Although more inland regions like Ontario may consider themselves less vulnerable to the impacts of climate change, less vulnerable does not mean immune. Lakes and oceans feed rivers and streams and rising sea levels can lead to the growth of such bodies. While these increases are not going to suddenly make a local river swallow a town, it does mean the default water level is going to be higher. Should a heavy rainstorm occur, storm surge flooding suddenly becomes more likely since it is easier for the river to overrun its banks. Since the increase in extreme weather events along the coast can cause storm activity inland, this is a very real risk.

Just the Tip of the (Melting) Iceberg

Not all of the projected damages from flooding are fully attributable to climate change. In Alberta, for instance, uncontrolled development in floodplains is credited as the reason behind some of the damage as well. However, it is irresponsible to think development alone can be the sole cause of these events. Floodplain construction would not be as problematic, for instance, if extreme weather events were not becoming more common. This is not even including the increased risk of wildfires throughout the country, which the residents of Fort McMurray have learned all too well.

Pointing out that the impact of climate change is going to lead to more flooding is important for cautioning citizens and encouraging action by our leaders, but it doesn’t quite address what people can do if they are faced with a flood themselves. In these cases, as it has many times in the past, the job falls to flood damage remediation.

Flood Services Canada is a leading quick-response remediation service that operates within the Toronto, Oakville, Ajax, Whitby, Georgina, Barrie, Mississauga, and Lakeshore areas. We stand ready 24/7 to provide the best techniques, personnel, and technology to ensure your home or business is clean, safe, dry, and documented as soon as possible.